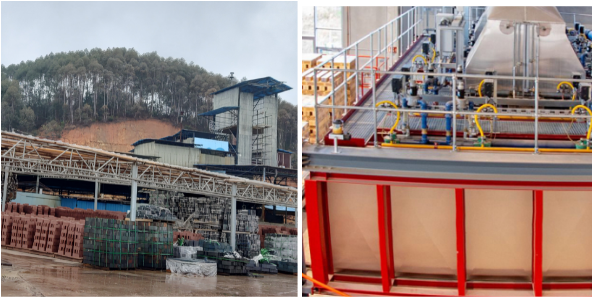 The situation of the surveyed manufacturers is more representative, from the traditional steamed bun inverted flame kiln, to the shuttle kiln, roller kiln, tunnel kiln practice, the existing production of blue bricks still has the problem of low efficiency, unstable color, low degree of automation, restricting the level of blue brick manufacturing, and there is a large gap comparing with the advanced level in the world ;

Through the study of the color mechanism of blue bricks, combined with the practice at home and abroad, MaCF put forward a new technical solution by using advanced control means, the core of which is stable reducing combustion control and oxygen-isolated cooling control; From the design angle of shuttle kiln, roller kiln and tunnel kiln, computer control is adopted for temperature, pressure and atmosphere, thus overcoming the pain points of current blue brick production;

As an ancient Chinese building material and cultural icons, MaCF hopes to contribute to the modernization of blue brick manufacturing;